48 hours in Montreal and Toronto gave me a chance to visit one of the largest and then one of the smallest branch libraries I know. I’m all for both, but you know where my heart lies. I love small, especially for cities, and I think now is the moment for small, especially as we try to understand what’s next for public space and libraries alike. 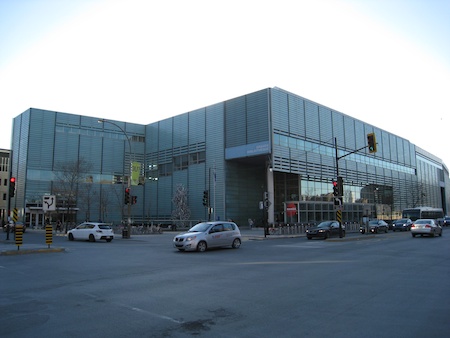 Inside are exhibits, food, a soaring lobby with seating, and a security guard who reminded me that photography is not permitted, even in the outer lobby/atrium. Perhaps this last shot from my Montreal hotel window sums it up best: extra large and somewhat distant: 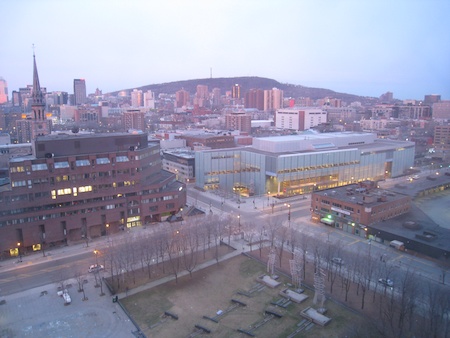 Now, cut to Toronto, the next day. Here’s the mini-branch of the Toronto Public Library, located inside City Hall: 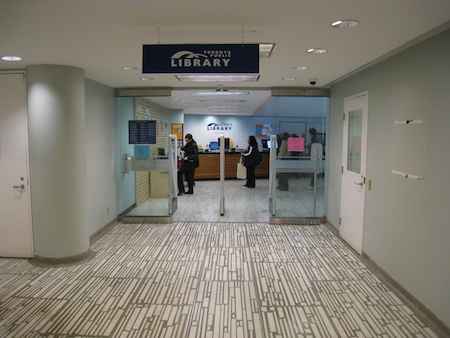 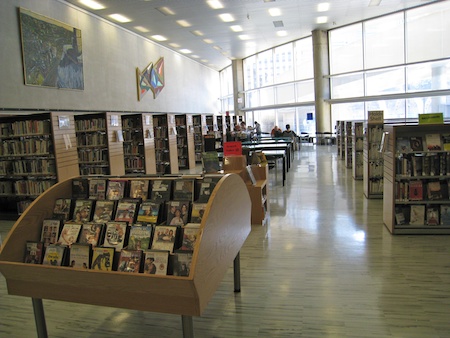 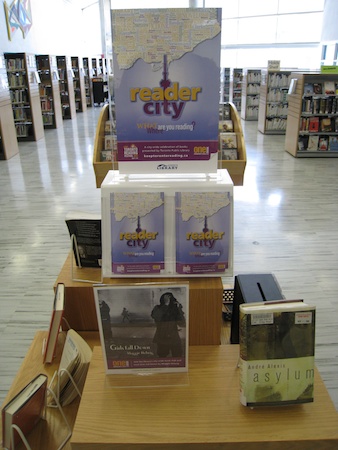 An interesting project to read books together in the city. 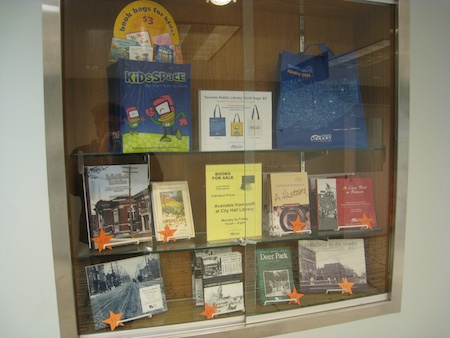 Some local titles about the city and city hall, for sale in the branch. 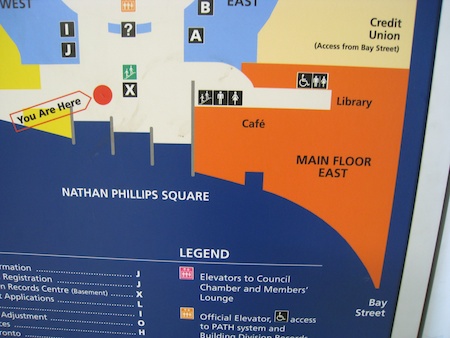 You are here. Library in a City Hall. 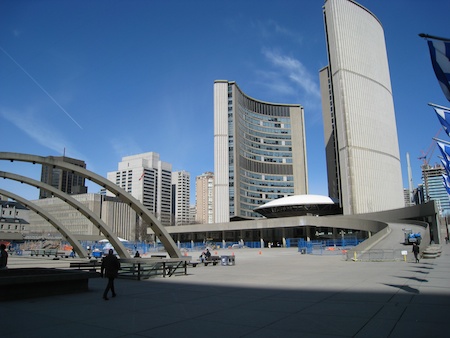 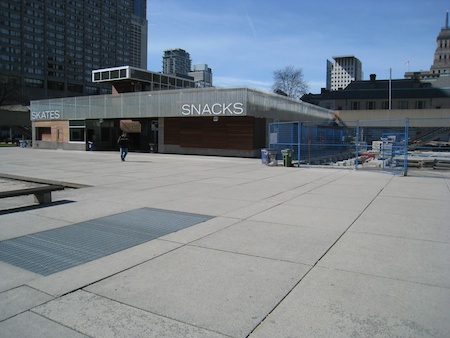 Skating and recreation built into the City Hall Plaza. How about a Uni? 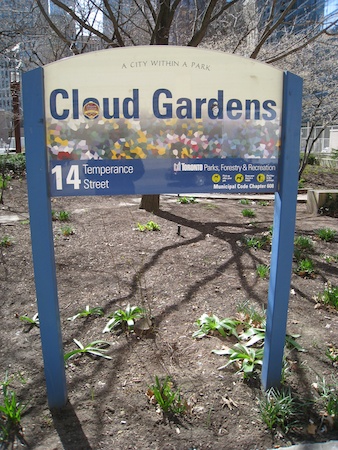 And just across the street, an interesting idea... 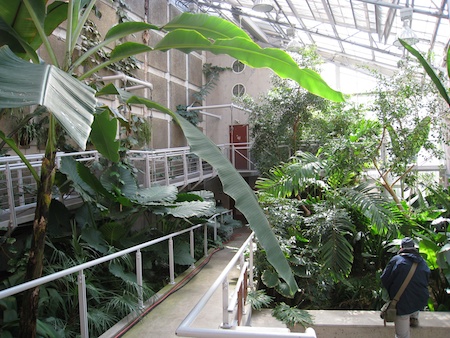 ...a mini-rainforest in the city. "Indoor" public park.