Manchester is in the Uni

In 2003, Leslie visited with staff at Urbis, a newly-opened institution in Manchester which was essentially about comparative urban studies–a kind of museum of the city and city-living in general. We loved this idea: a whole museum devoted to the urban experience. At the time, Leslie had just left working at a history museum about New York City, and she was thinking about how to create a network of storefront institutions that could connect urban dwellers around the globe, city-to-city, with programming, exhibits, idea exchanges, and services. What she had in mind was similar to Urbis but distributed and lightweight.

In subsequent visits, I learned that Urbis had closed. In Manchester this week, I saw that plans have gone ahead to install a Museum of Football in its place. This will probably sell more tickets to pay for such a grand building, but the decision is a disappointment to me. The underlying motivation to create Urbis, I think, is more important than sports right now. Don’t give up on it. Whether the heart of Manchester’s downtown should have a sports museum or Urbis is not really my business, but I hope someone starts Urbis anew in Manchester, this time in a smaller storefront. I’ll be rooting for that team.

In a small way, we’ll be plugging away at these ideas this summer when we have a Uni operating in NYC and another operating half-way around the globe, in Almaty, Kazakhstan. More info to come soon about both projects. 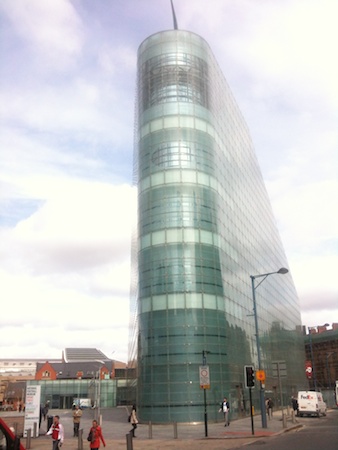 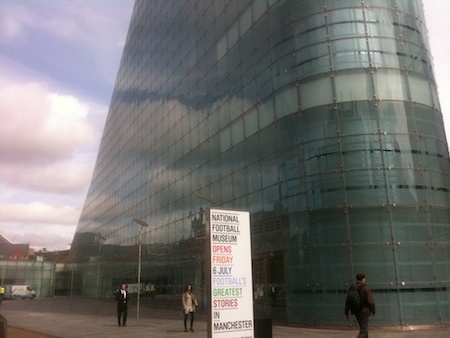 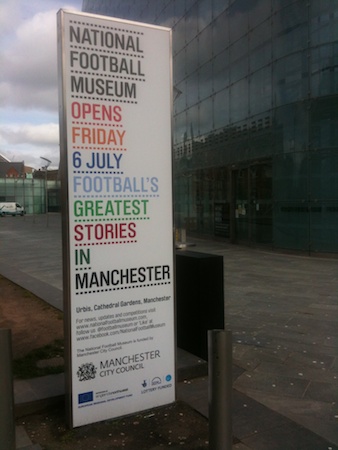