Boys take over the Uni in Tompkins Square Park

On May 28, the Uni Project began a three day run creating open-air reading rooms in Tompkins Square Park and Washington Square Park. Both places have played an important role in the history of ideas and expression in the city, and we’re proud to help continue that tradition in a small way. We’re working with middle school-aged boys from day two or day three.) 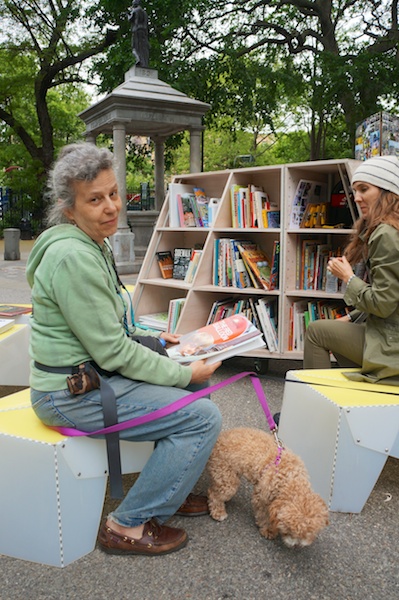 This East Village resident asked to be photographed with The Red Balloon. 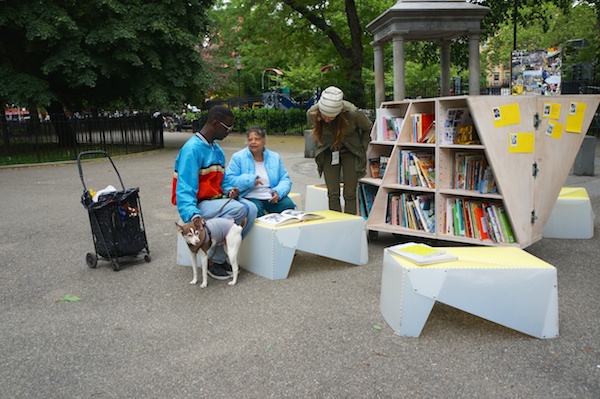 These two people met for the first time at the Uni and connected over their love of Eudora Welty photographs. 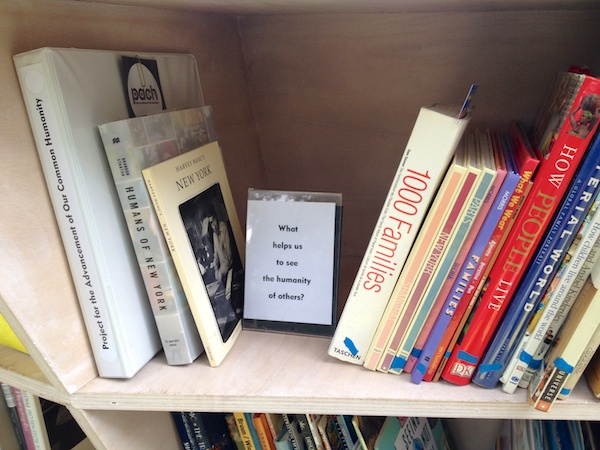 A shelf dedicated to PACH and the concept of a common humanity. Humans of New York is a crowd favorite. 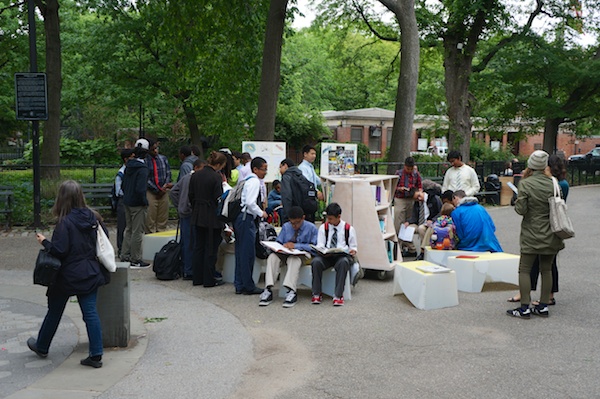 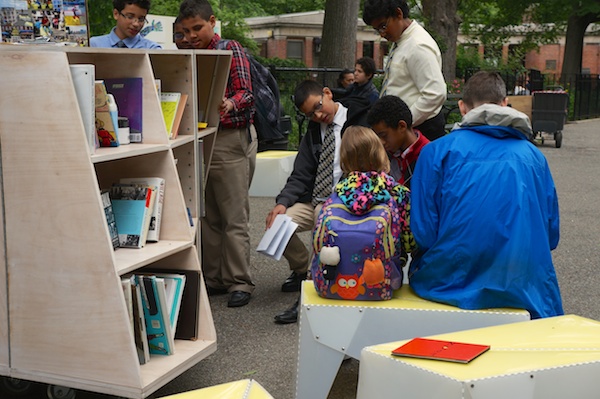 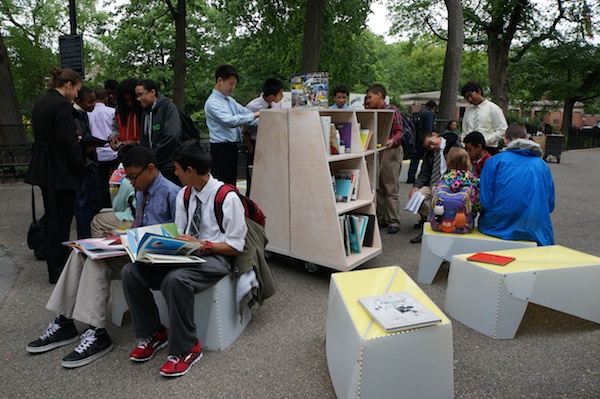 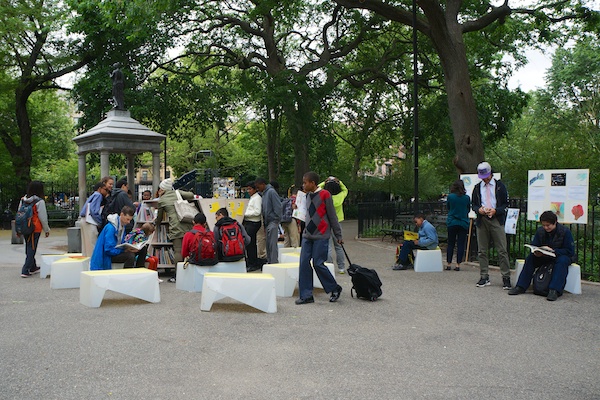 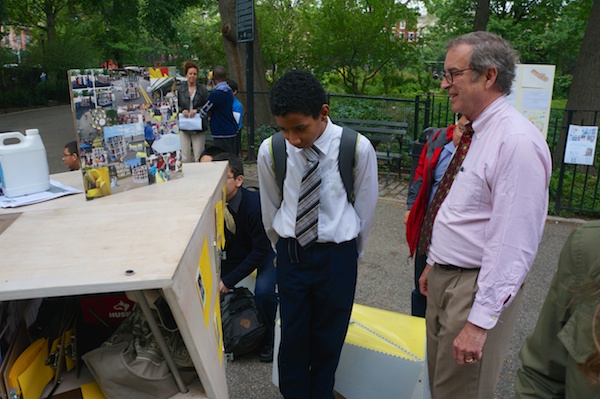 George Jackson Academy Headmaster David Arnold brought over some boys to read their own work in public. 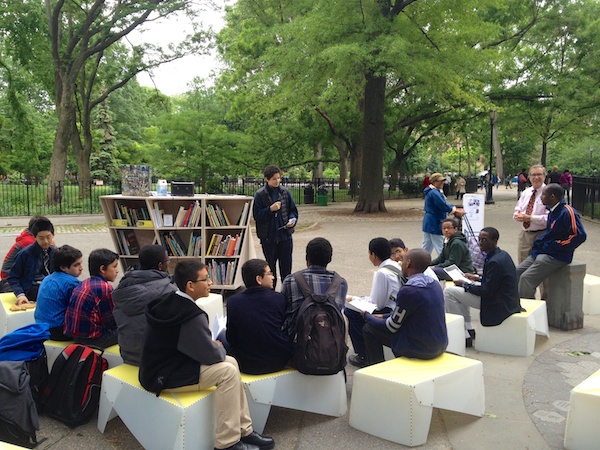 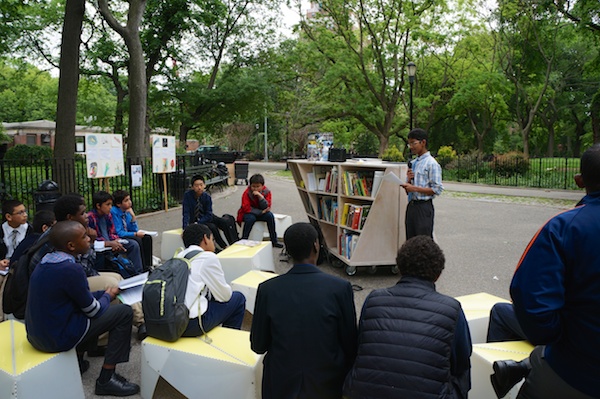 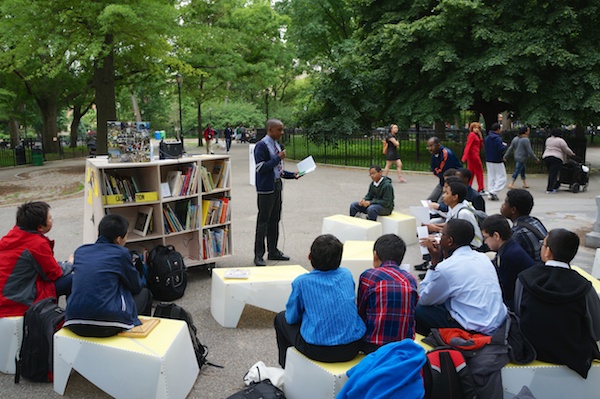 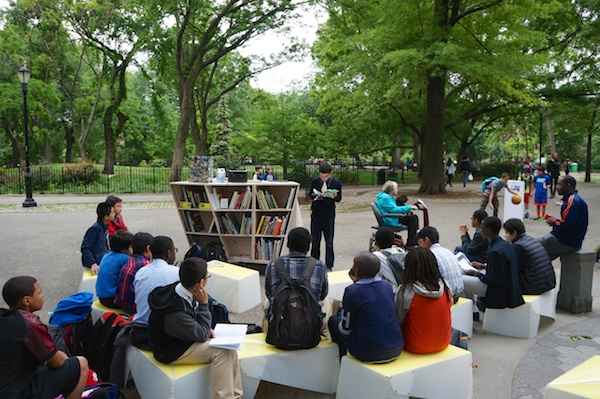 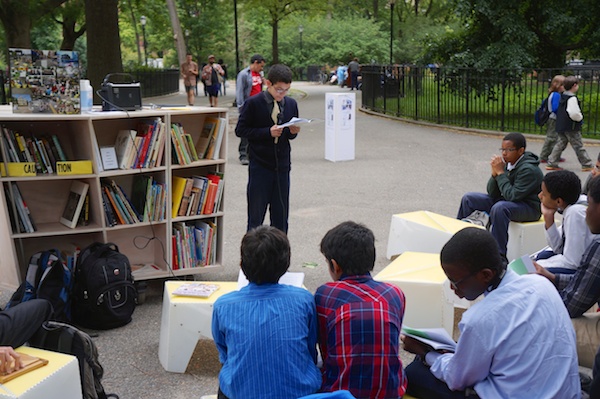 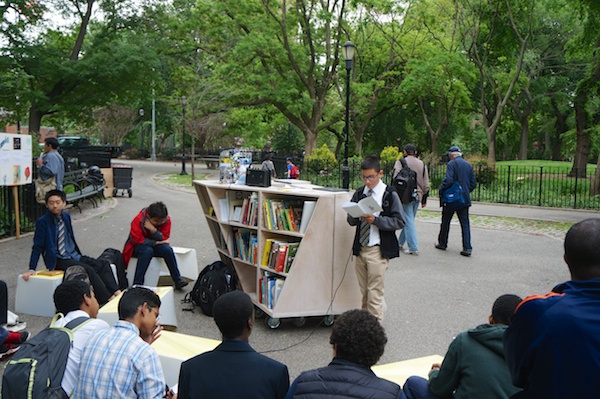 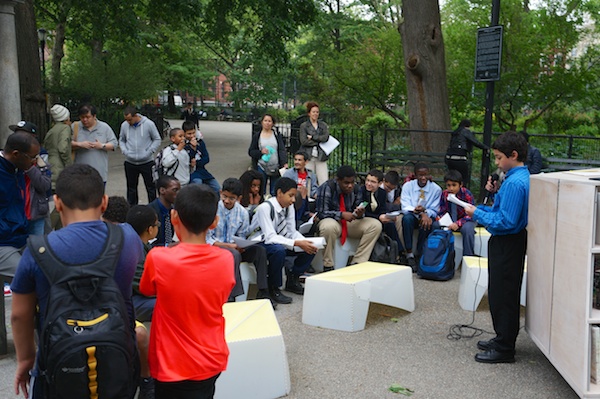 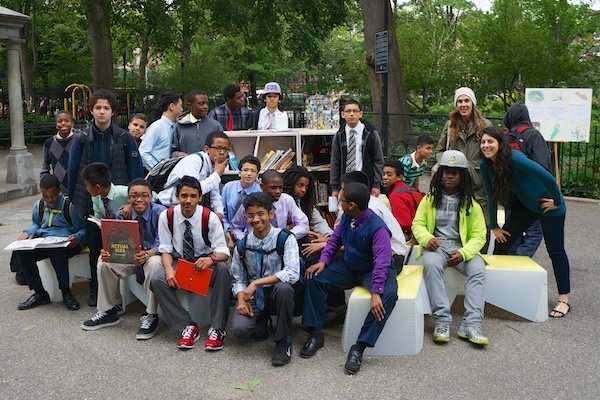 These boys hail from all over New York City and go to school a few blocks from the park. 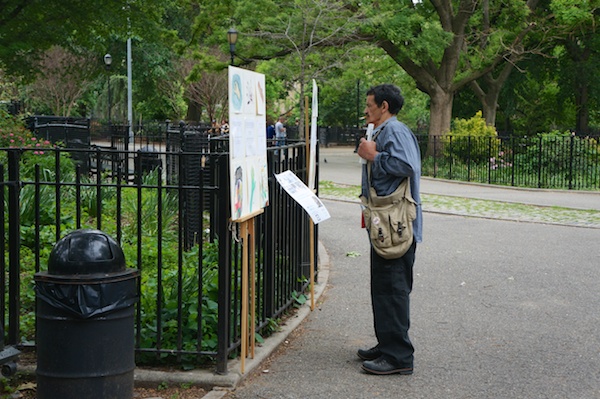 An art class from The Boys’ Club of New York posted some of their drawings.

A photography class from The Boys’ Club of New York stopped by to capture the reading room. 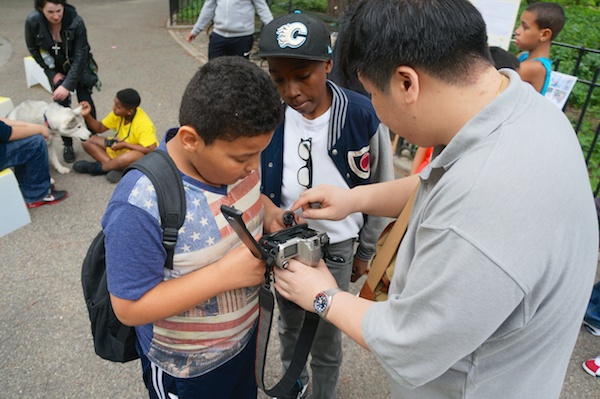 Learning to use real film. 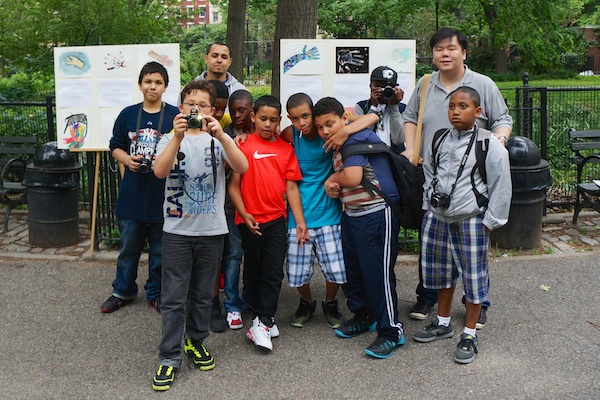 Thanks for bringing your work to the park—a place where poets and thinkers have gathered for decades. Well done.