On Saturday, May 4, we’ll bring the Uni to IDEAS CITY StreetFest in downtown NYC. The festival’s theme, Untapped Capital, strikes a chord with us. We’ll participate by doing what we do best: enlist under-untilized street-level space in the effort to educate, support and inspire urban kids via a reading room.

We’re excited to be part of IDEAS CITY, which was founded by New Museum and is organized in partnership with Storefront for Art and Architecture, Architectural League New York, Bowery Poetry Club, NYU Wagner School, and The Drawing Center. Here’s something we wrote two years ago, just as the Uni was being born, when we visited 2011 IDEAS CITY (formerly called Festival of Ideas for a New City). 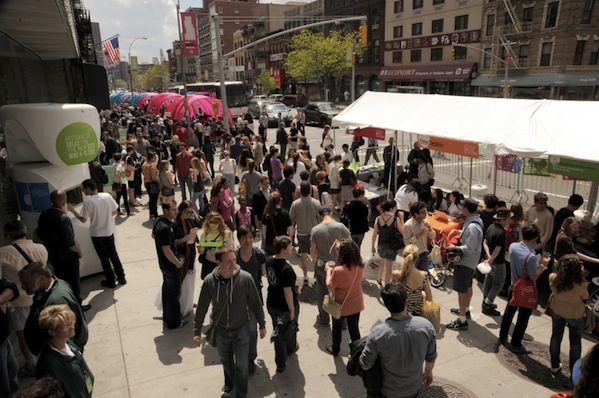